Kim Kardashian released photos earlier this week of her cover for Paper Magazine, in which her bare rear end is displayed. Her goal to “break the internet” was somewhat met when the photos were promptly accompanied by furious photoshop allegations. Additional photos began to circulate, claiming to be the original, unedited copies, but Paper quickly claimed the photos to be fake, and denied making any substantial edits to Kim Kardashian’s figure. Regardless, it appears that the general public does not accept these photos to be realistic or natural. What do you believe this magazine cover is doing to America’s perception of body image? How do you feel about women’s bodies after seeing the images? 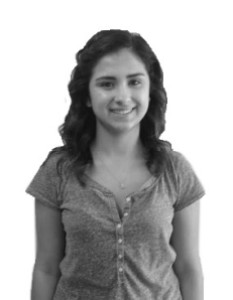 Claire Circo
sophomore communications major
“I think its unrealistic. Its the same with Brandy Melville. There are these places that are telling women saying its cool to only be a size zero or two, which is unrealistic. I don’t even think her butt looked unnatural, it was in the way her back was arched that looked so uncomfortable. She’s going to do whatever she wants to do, it doesn’t matter what we think about it. It’s the same with the [leaked celebrity nudes], they’re going to do whatever they want. It’s sad, though, really, she has such a pretty face.” 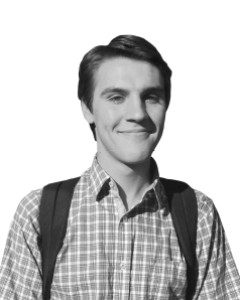 “I feel. America makes too big of a deal about body image, and their perpetuating the problem by cicrculating the images with all of their friends. If you don’t like Kim Kardashian’s body, don’t share it all over social media. Any publicity is good publicitiy with the Kardashians and everyone who shares these images throughout the internet – regardless of a postive or negative context – is giving her that publicity. ” 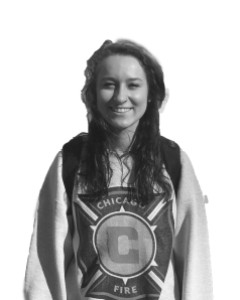 “I think that, realistically speaking about Kim Kardashian, everyone sees her in a certain way, as fake. Seeing her body doesn’t effect how I think women should be, just because it’s Kim Kardashian and everyone knows her to be this specific person. I don’t know if it’s necessarily good that they’re throwing this out there, because no one looks like that, and I’m sure she doesn’t even look like that. This doesn’t put unrealistic expectations on girls because I think most girls know that that’s not how women look, but guys get the idea that this is how an ideal woman looks, even though no one looks like that! At the same time, if she wants to have pictures like that, she should be able to. I’m not against it, but I don’t think it should be like, ‘this is what women look like,’ because it’s not.” 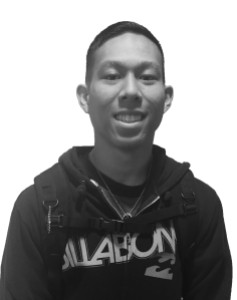 “I don’t feel any different about women after looking at the photos, I know that the majority of women don’t look like that. That’s the truth. Kim Kardashian is already a hypersexualized figure. For one, I’m already biased because I don’t like her—she’s untalented, unskilled, and she rose through the ranks by doing stupid stuff. For me, I hope that most girls don’t look at this and think ‘I have to look like this, I have to look this attractive so guys will look at me too.’ Because yeah guys will look at this picture and think ‘oh damn, that’s a big ass.’ I think my perception of women hasn’t changed. I know that celebrities look like this, and that’s why they’re celebrities. I think girls should be comfortable with the way they look already.” 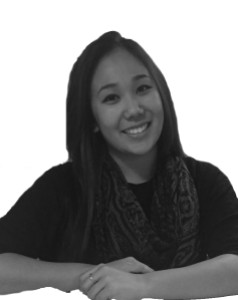 “I don’t necessarily believe that an image can change people’s perceptions of the body—looking at it, it looks so unrealistic. I also read an article about the photographer who took the picture and he has mentioned using photoshopped images before, and how that’s his medium. He usually compiles images of women’s bodies and combines them all together. The pictures are supposed to look over exaggerated, they’re not supposed to look like real, in that sense. When we talk about people’s perceptions of body image, I really feel that it’s hard to say what other people think. As far as what the image says itself, I think the bigger issue that really arose is that we’re displaying women’s bodies in the media that some people may found controversial because it’s more provocative in that sense.”