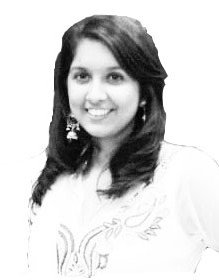 Only seven days into the new year, tragedy struck France when two armed men entered the Charlie Hebdo offices in France and opened fire on the staff of the satirical magazine, killing eleven staff members and one police officer. The two perpetrators to attacked the offices of Charlie Hebdo in response to the satirical magazine’s tendency to depict the prophet Muhammad (which most Muslims would view as heretical in itself), and other aspects of Islam in an extremely demeaning manner. The aftermath of this attack resulted in mourning for the lives lost from the Charlie Hebdo staff, and one of the biggest free speech rallies France has ever seen, with over two million people congregating in Paris to take a stand to protect the freedom of expression. While the freedom of expression is extremely important, the sanctity of religion seems to be ignored by this movement.

The sudden killings and injuries of the victims surrounding the Charlie Hebdo attack were shocking and horrific. No one should feel afraid to express what he or she thinks, or feel they are risking their lives in order to do so. Considering this importance placed on free speech, particularly in the western world, there was something that seemed one sided about the “Je suis Charlie” slogan and the social movement behind it that erupted immediately after the attack.

Charlie Hebdo has consistently published images of the prophet Muhammad, depicting him as a hook nosed man with a beard and turban with slight variations over the years, including gems like placing a bomb in his turban or drawing him naked with his genitals exposed. Misrepresentation of Islam is not something the world needs at the moment, especially after the eruption of Islamophobia after 9/11.  No matter what faith someone practices (or chooses not to practice), faith and spirituality can provide solace and meaning to a person’s life. To publicly and crassly belittle that aspect of someone’s life is degrading and regressive.

Charlie Hebdo prides itself on their “edgy satire” and provocative cartoons. The term satire seems to be a magic, all encompassing word to many, as if describing something as satire excuses it from being offensive, demeaning or oppressive. Charlie Hebdo brags of being a nonconformist and liberal publication that likes to tackle hard-hitting topics about injustice and tyranny, yet it is the people who identify in historically marginalized groups almost always end up as the butt of their jokes. Hiding under the pretense of satire to further stereotype and demoralize groups that are already oppressed from a carefully constructed political and socioeconomic hierarchy, centuries in the making, isn’t progressive or edgy, but cowardly.

However in 2009, the editor of Charlie Hebdo fired cartoonist and columnist Maurice Sinet for publishing anti-semitic cartoons about Nicolas Sarkozy’s son marrying a wealthy jewish woman. Charlie Hebdo has never fired any of their staff for publishing islamophobic cartoons consistently depicting Islam in a negative light. France currently has a law in place that bans all religious symbols in schools, which includes hijabs, veils, turbans, and crosses. This infringement on freedom of expression has not received the same degree of worldwide attention or an iconic three-word slogan to protest against it. This raises the question, freedom of speech for whom exactly?

Freedom of speech has helped pave the way for progress in our world in many aspects. But manipulating your right to speak up and using it as a platform to spread misinformation and perpetuating harmful stereotypes is simply another method oppression has of manifesting itself. If it were not for freedom of speech I would not be here writing this article right now. But when the issue becomes more complex than simply saying whatever you want, the choice seems to be between the right to offend and the right to practice your faith freely.