Most coaches would steer clear of a team coming off of a 5-27 year, but that poor record was exactly what Jennifer Azzi was attracted to when she took the job as head women’s basketball coach at USF at the start of the 2011-12 season. Azzi, 45, loves the Bay Area and couldn’t pass up the opportunity of coming in at this point in the team’s history.

“I’d been through it as a player and so I was looking at this as a diamond in the rough,” Azzi says.

Azzi is no stranger to helping to build a program from the ground up. She was a part of the Stanford team that began the women’s basketball program’s rise to prominence. 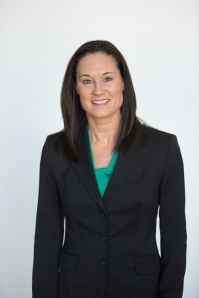 “It was an incredible experience playing at Stanford,” Azzi says. “Everybody thinks of Stanford as being so good, but at the time it was really bad, so we were [head coach Tara] VanDerveer’s first recruiting class.”

During Azzi’s time playing for the Cardinal, the team went from having a 14-14 record to winning the NCAA Championship four years later in 1990.

Azzi grew up in Tennessee, and she says it was a very big risk going from a place where basketball is so popular to Stanford, which was then a lesser known program on the West Coast. In the end, however, she definitely thinks it paid off.

“It was one of the best experiences I think that any athlete could have to really be a part of growing and building something that has lasted all these years,” Azzi says.

Following college, Azzi went on to play overseas and then eventually for the USA National Team, where she won an Olympic gold medal in 1996. She believes that spending time on the Olympic Team was immensely beneficial for her, as well as for women’s basketball and women’s sports as a whole.

“It was a platform not just for myself, but for the sport in general and women’s sports because it gave us the exposure to go into starting the WNBA and the American Basketball League, and it showed that women could play well beyond their college years and be better as [they] got older,” Azzi says.

Despite having been on the best women’s basketball team in the nation, Azzi soon found herself in a position to build something from the bottom when she went to play in the American Basketball League (ABL) and eventually the WNBA. She contributed to the creation of the ABL in 1996, and after playing in the league for three years, she was taken with the fifth overall pick in the first ever WNBA draft.

During her later years in the WNBA, Azzi says she took on more of a mentor position, something that would influence her decision to become a coach. When Azzi did accept the position at USF, the program was much different than what she has molded it into today.

“There was no video coordinator, there was no director of operations, the offices were a mess, the locker room was a mess,” Azzi says.

Azzi believes that to be successful, there has to be support from the top of the organization, and before she came that just wasn’t happening. She feels that getting the team the support it needs to grow and get better has been one of her greatest successes. Since coming to the school, she has managed to get the program not only a video coordinator, a director of operations, and better facilities, but better coaches and systems for recruiting as well.

One of the hardest things for Azzi is how slow the process of building a successful team with long-term success can be, but she believes that taking time with a rebuilding team will be more fruitful than quick fixes. While it is challenging, she says that they know they have to be patient and stay true to what they know will make them successful.

Azzi is extremely clear about what her goals for the team are: “We want to get to the NCAA tournament.” She is just as clear about what stands in their way: “The teams in our conference,” Azzi says before laughing.

“Only two teams come out of our conference to the NCAA tournament, so we have to keep working our way up in our conference so that we can get to that point,” Azzi says. τ