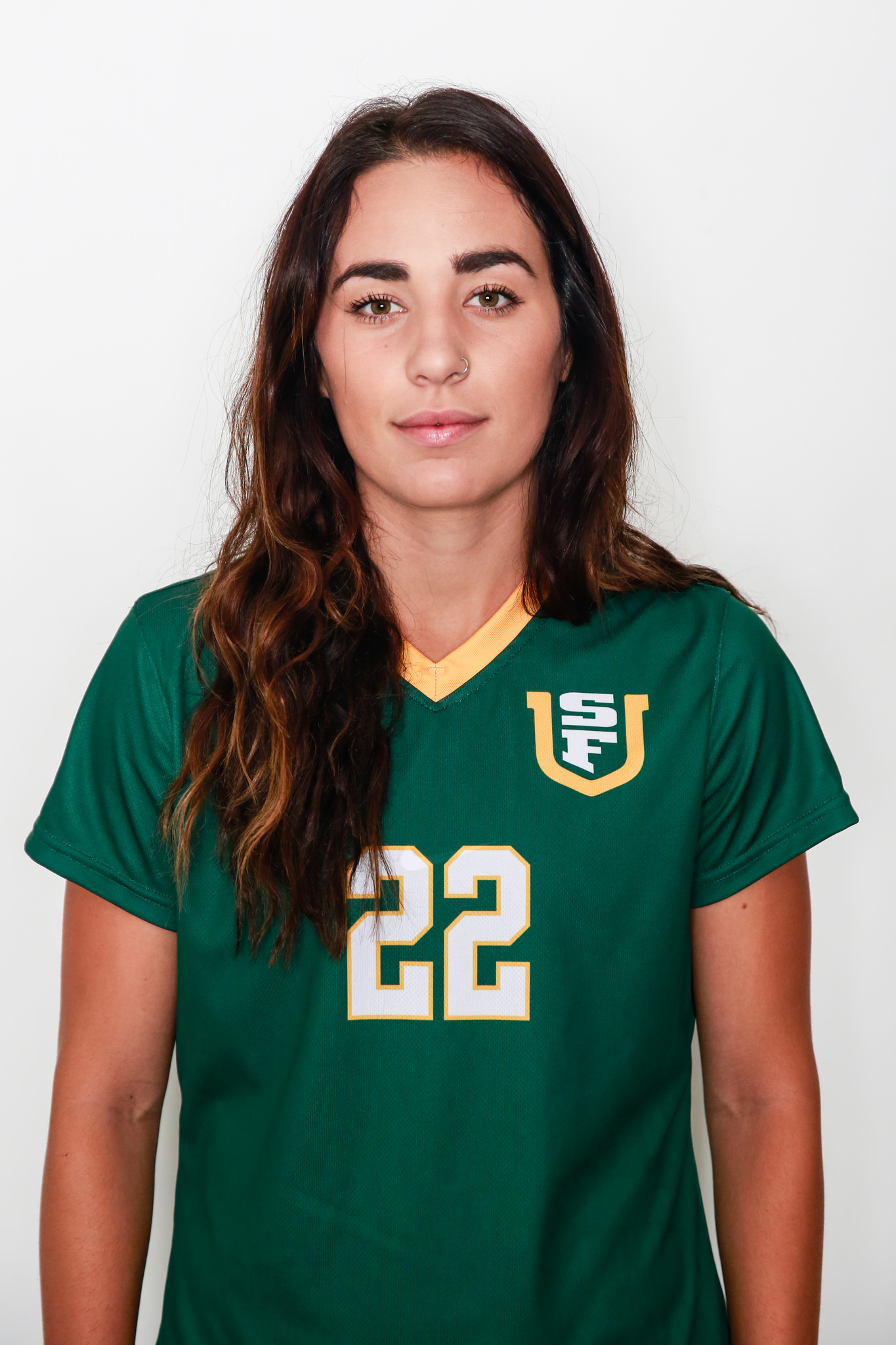 Can’t be too crazy, can’t be overly calm. She has to find her “4.” That’s the number assigned to senior women’s soccer player Ali Schaffer. The team’s mental performance coach, Yvonne Gomez,  has given each player a number on a scale to help players get into game-mode. Ali’s is 4. In the locker room, the team blasts music, a song in particular to get everyone hyped by Bay Area rapper D-Lo. It’s the same pre-game ritual as always: tape ankles, hold off on the socks until she gets to the pitch, puts on her right shoe, then her left, then wait to put on her shin guards until after the warm ups.

Schaffer wasn’t always looking into playing for San Francisco. Before making her decision she was considering going to school down in Southern California. USF was an afterthought, but being from Santa Rosa, Ali wasn’t a fan of being so close to home. Luckily, the City was far enough from home that she didn’t feel like she was home at all. Her final decision came down to how well she vibed with the coaching staff, and she was sold. She felt that the system she would be going into was one she could be successful and competitive in.

Since her freshman year, Ali has been a lock in the Dons back line. She’s an integral part of a back-four that has been recognized for their defense, “Knowing they have confidence in me gives me confidence in myself.” She’s played and started nearly every game during her collegiate career here at USF. Even after coming back from an injury going into her sophomore year, the team deployed her without hesitation. It’s a testament to her instinct and discipline that a player coming back from injury was first choice.

Her roots go back to her youth. Like many other athletes, she grew up playing the sport she loved, but she wasn’t the most avid of followers. “That seems so bad when I say it out loud,” she said, smiling as she thought about it. On weekends her and her brother would always be out at tournaments so she never spent much time watching the pro’s. Although if she had to pin a team she followed, it would be Brazil’s men’s team.

Schaffer started as a finance major, but a professor convinced her to switch to accounting. As an accounting major, she’s busy getting all her credits in so she can take and earn her Certified Public Accountant license (CPA). To take the CPA, one must complete 150 semester units. The test is divided into four parts, and all four have to be taken and passed within 18 months. As her season continues and she’s finishing up her senior year her work doesn’t end there. The CPA looms, but she’s getting ready. Right after she gets her CPA, she wants to go straight to traveling for a bit, both in the U.S. and internationally.

Though she’s just a short one-hour drive away from her hometown of Santa Rosa, she’s been able to experience San Francisco in a different way, immersing herself in the city and everything it has to offer. In her free time, she’ll head to Dolores Park and Golden Gate Park. As long as she’s with great company, she enjoys herself. As the season continues and she prepares for life after college she’ll have plenty of memories to reminisce upon and plenty more to make. One particularly fond memory was beating Santa Clara University during the 2015 season for the first time in school history.

That “4” she’s assigned seems quite fitting: absolute nails in the Dons starting back four, four parts to earn her CPA, and thinking about working for one of the Big Four accounting firms. Not too crazy, not overly calm.

In their past two games, San Francisco has nailed down two shutout victories, 2-0 against St. Mary’s and 1-0 against Pacific. The women’s team is currently on break until Friday Oct. 21 at 7 p.m, when they play Loyola Marymount in Los Angeles. Be sure to follow Ali and the Dons live on the W.tv.