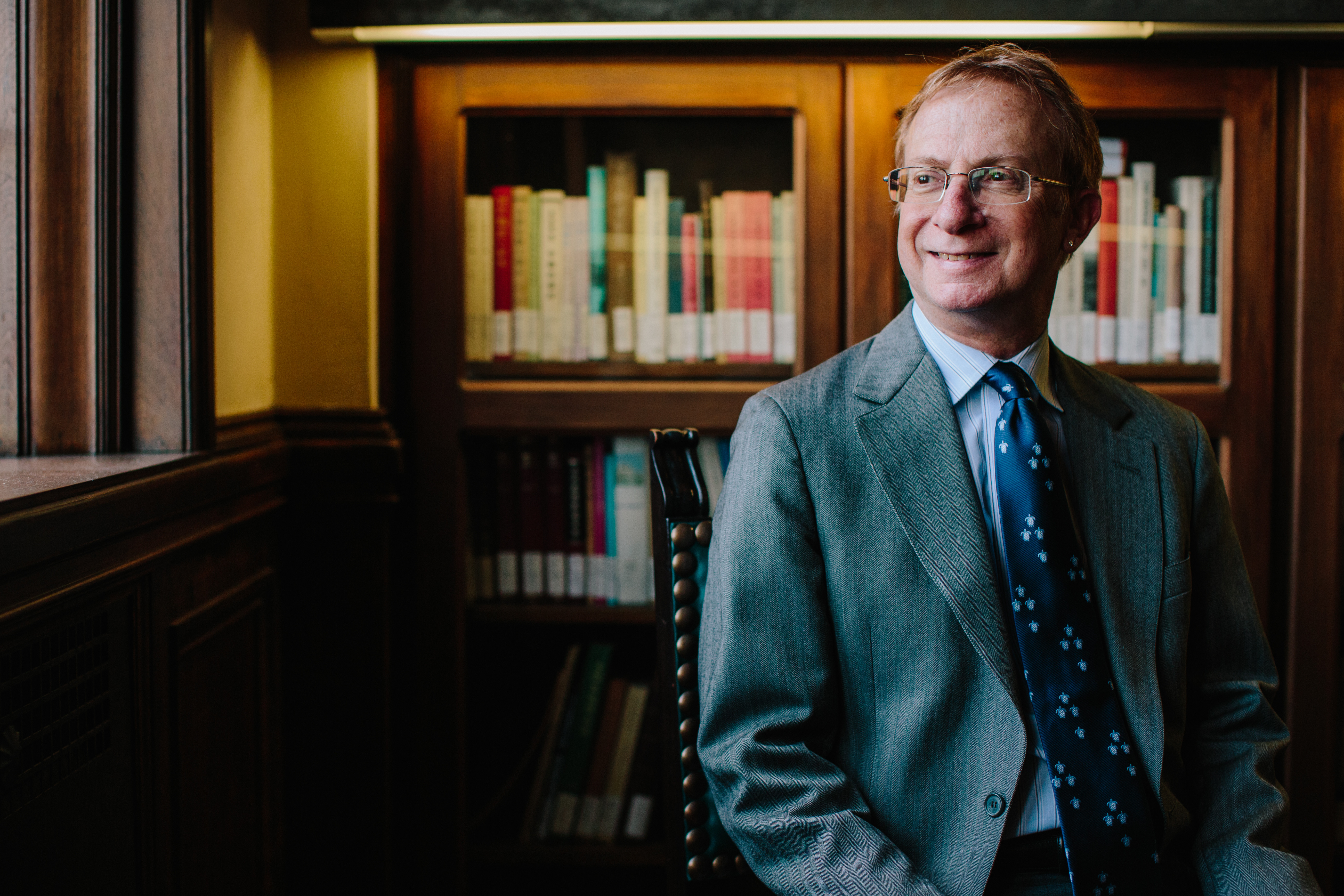 Although he was announced as the new provost of the University last October, Donald Heller only recently started work here on campus, officially taking charge of academic and student life on Feb. 1. In this short span, he has already made significant contributions to the University that have not gone unnoticed. During a recent staff meeting, Koret Health Center’s Intramural and Sport Club Director, Robert Azcarate-Bascherini, informed staff of the implementation of a new policy that asks staff to refrain from wearing competing university apparel, such as a hoodie from Santa Clara University or a hat from Loyola Marymount University. The source of the complaint that Koret staff were donning the letters of a competing university? New Provost Donald Heller.

That competitive spirit is probably the result of his years of teaching experience at football and basketball powerhouse Michigan State University where the hatred for Maize and Blue (University of Michigan colors) runs deep. This cutthroat approach is what the University needs, especially after receiving an underwhelming number of freshman and transfer students last fall, as well as displaying a lack of diversity amongst USF student and faculty members. These were both issues that Heller wanted to address immediately and which he most likely approaches with confidence since he had to undertake the duty of resolving a similar issue while he was Dean of the College of Education at Michigan State.

Of the 44 tenure-system hires Heller made during his time as dean of the Michigan State University, 17 (39 percent) are faculty of color. During that same time period, the overall faculty of color in the college increased from 15 to 26 percent. As for the students, between 2012 and 2015 Michigan State’s College of Education saw a 3 percent increase in the number of students of color from 13 percent to 16 percent, “A small but important increase,” said Heller who continued by saying “As our nation becomes more diverse racially and ethnically, it is critical that the next generation of education and health professionals we are training reflect this diversity.”

Q: What were your first impressions of USF?

A: One of my first impressions was just how dedicated the faculty and staff are to students. There is no question that the majority of our faculty are very, very committed to student success and teaching. And that’s different, I’ve worked at big public research universities where the focus is research, but here at USF, even though there a number of faculty who do very good and strong research, there is no question that the number one priority is classroom teaching.

Q: What other universities have you worked at?

A: My last job was at Michigan State University where I was the Dean of the College of Education, and before that I worked at Penn State and University of Michigan, as well.

A: In terms of plans, there’s a few things I’ve been dealing with for the last three and a half months. First of all, I’ve spent a lot of time with people in the School of Management on the admissions of classes, specifically freshman and transfer students for next fall. As you may know the university was under enroll this current year and we were working very hard to make sure we did not replicate that problem, and so far it looks like we’re in good shape for the fall. And because of the under enrollment this year we also had a budget shortfall so we had to spend some time figuring out ways to cut our expense budget to bring it in line with revenue so I’ve spent a lot time in my first few months working on that as well. Now that those things are behind us I’m starting to now turn my attention to some other areas. One of the things I’m going to be interested in is focusing on student success, and making sure we’re doing everything we can to ensure that our students are on track to graduate from the University, and learning what they need to learn to be successful when they graduate from college. So I’ll be working with the deans of the different colleges, as well as people in student life, to look at all the different kinds of services and support available for students, and make sure that we’re doing everything we can to help students be successful when they enroll in university.

Q: What specific things are you looking to implement for student success to rise?

A: Well I think there might be a little bit of a disconnect between what faculty do in the classroom and what kind of support we provide to students through services like CASA, Student Disabilities Services, and the Learning and Writing Center, so I’d like them to have better coordination and better connections. So, for example, if a student is struggling early on in a class in the semester I want to make sure we have mechanisms in place so that faculty have a way to easily flag CASA, for example, so that the advisors at CASA can reach out to help the student.

Q: What involvement, if at all, have you had with the Black Student Union’s recent list of demands that they gave to President Fitzgerald?

A: I came in after that process of the conversation between BSU and Father Fitzgerald had already started. I was involved only peripherally, Father Fitzgerald was really on the front lines of those talks even though he and I had a number of discussions about how to respond to the students demands and we’re both on the same page regarding the response we put together for the demands. One of the things that we are very pleased about is that in next year’s freshman class the number of African American students who accepted, and are coming, is up by about 50 percent from last year. So that’s something we’re very pleased about since that was one of the requests of BSU, that we increase our enrollment of African American students and we do try to commit to do that.

Q: I know there has been some talk about diversifying faculty, and as I have it understood, you have final say on hires, what have you known about this and what will your role be moving forward?

Q: What are the biggest problems you’ve seen at USF in your first semester?

A: One of our biggest challenges is that we don’t have the level of financial resources that some of our competitors do. So for example, if you look at places like Santa Clara and Loyola Marymount, and those are two other universities many of our students apply to as well, they have a much larger endowment than we do and that means they have more money available for things like financial aid and student support. So I think that’s a huge challenge for us since we don’t have that level of resources, but the Capital Campaign will help with that, with the single largest goal for the campaign going to be support scholarships and fellowships for students. And obviously the cost of housing in San Francisco poses a challenge for us and students when they move off campus, but for the most part that’s out of our control, so we’ll just focus on things we can control and one of those is raising money for the Capital Campaign.