Sasha Lane, the star of the new indie film “American Honey,” has had a quick rise to fame after director Andrea Arnold discovered her during spring break in Florida. The film follows Star (Lane), an impoverished teenage girl stuck in Oklahoma, who runs into a “mag crew” led by Jake (Shia LaBeouf) and Krystal (Riley Keough.) Star decides to leave her siblings and abusive stepfather to join them as they travel the Midwest selling magazine subscriptions.

After a whirlwind of promotion, a trip to Cannes, and what seemed like hundreds of interviews and premieres, she sat down for a Q&A at The Fairfield in Nob Hill. Sitting on comfortable leather chairs and surrounded by earth-toned marble columns, we talked about her surprise turn as an actress, tattoos, and her hectic promotion schedule.

Have you always wanted to be an actress, or was it something that just popped up?

It kind of just popped up, I mean, I had the idea that if I got to portray a certain character and make someone feel something, or a certain way, I always thought that was really cool.

It was just a series of conversations with Andrea and getting to know her, and finding ways that we connected, and then a couple of like improv [sessions] with the two of them, with two of the cast-mates.

Why did you want the part?

It was indescribable because one, the way that she [Andrea Arnold] thinks, and what she told me about the movie, and I feel like I wouldn’t want to come into this in any other way. I don’t think I would be able to, and also just the kind of faith and belief that she had in me and the things that she saw in me. All of that mixed together, it was…it was actually really brilliant.

How did you prepare yourself for the role?

You guys took a road trip right before you started filming what was that like?

Well, no, we took it during. [Andrea] took the road trip with a couple of others right before, and then we took it as we filmed. We went along where they did, and we never knew when we were leaving or where we were going, so it was just really free, and really crazy.

What was one of your favorite experiences from filming?

I remember…one time in North Dakota, it was around midnight or so, and we were all really, really tired, and someone told me to look up and there go the Northern lights, and it was just like, “wow,” you know? It was really amazing.

What was your relationship like with the cast, since you didn’t have any experience with them before filming?

Different, every single one of them has a really strong personality, and so, I fit in with them in different ways. You know, Katie was always kind of looking out for me, and Isaiah, who’s playing Cowell in the movie, he was just kind of my like little escape, you know when I needed to chill out from everyone, or take a break. We would just be outside together…everyone had their own little individual relationship with each other.

The scenes where you guys are all together look really natural, like you’re actually seeing best friends taking a road-trip. Was it improvised or scripted?

Some of them were fully scripted, and then some, especially the van scenes were kind of…Andrea would be like, “I need this to be mentioned, but just kind of go about how you are in the van.” And I think since we connected so hard, our family and friendship was very real and very true, it made everything, our conversations so natural, how we interacted was so natural, because that’s just how we felt.

Some of the co-stars got matching tattoos, did you get one too? 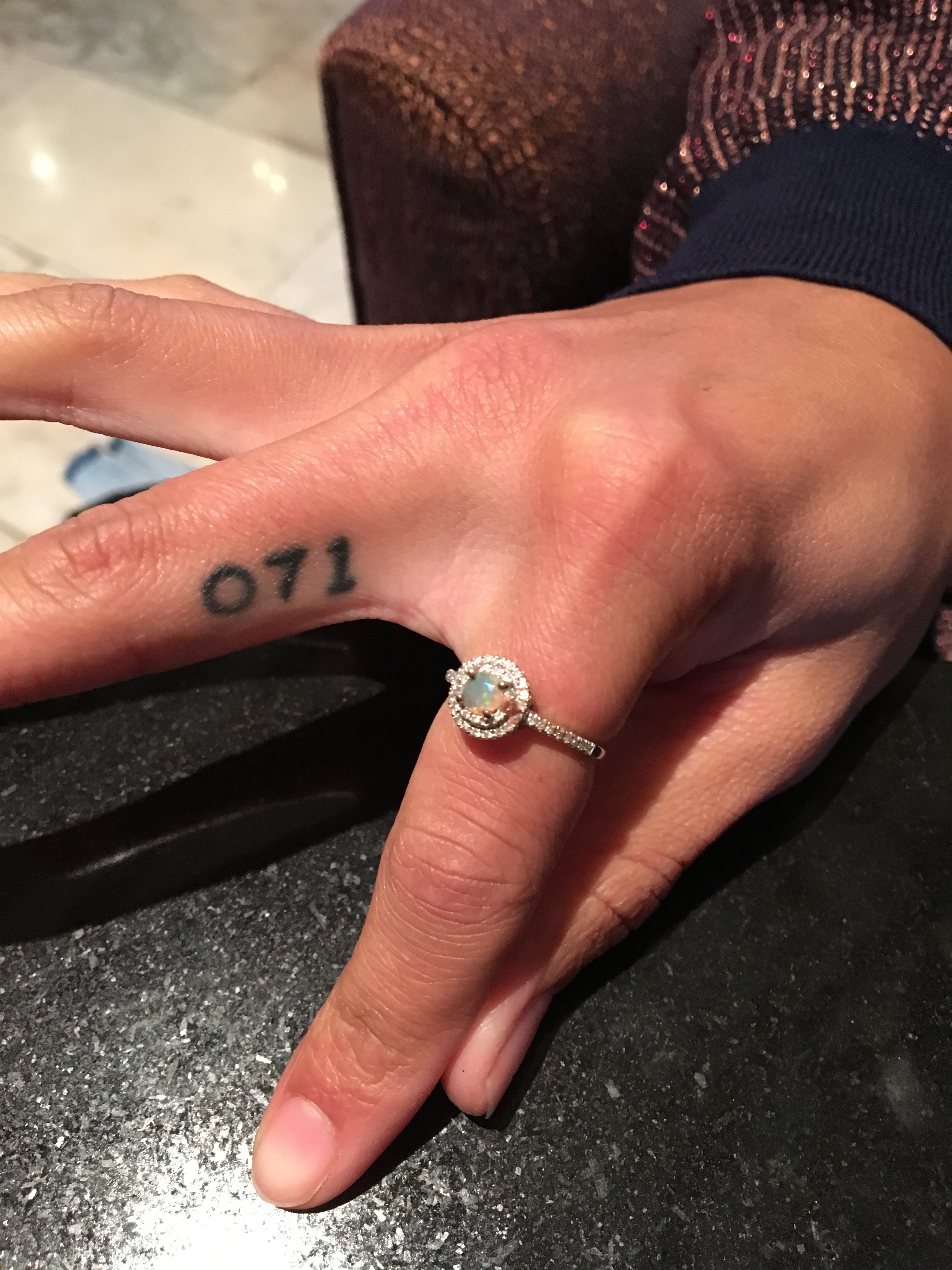 Did you guys all go together?

I was kind of one of the last ones because I was constantly working, but then we all kind of went, sporadically, like we went together but in different little groups.

How has your promotion schedule been?

It’s been exhausting, but it’s also been really cool because I never thought I’d get to really travel in life, and the fact that I get to travel is really amazing. That I get to see all these places I’ve never seen before. And while interviews are not necessarily ‘the funnest,’ or the best sometimes, you know, they can be really cool if you get different stuff, and then also just getting to connect with different people after they’ve seen it is really, really nice.

Do you have any travel tips from the promotional tour?

Pack the smallest amount of stuff possible. If I can go with just a backpack I would. And you just kind of have to be prepared to not have everything. You’ve got to live as if all you have was a backpack.

Has it been hard getting used to all this attention and things like photo shoots and interviews?

Yeah, because that’s something that I don’t really like…a lot of attention on me. It kind of freaks me out, so it is really weird; and also I don’t know, because I’m doing it by myself now. I constantly wish everyone else was around me so they could take part in it, because it kind of sucks and it’s a little hard because I don’t ever want to speak for everyone else, but it’s cool, you know. It’s a lot of pressure, but it’s been doable.

How has your life changed since you finished filming?

I think the biggest thing is mentally and spiritually, you know. I have truly had a reassurance and now I strongly believe that everything does happen for a reason. That you just have to let go, and not control so much. And also I just kind of have hope now. I feel like I have opportunities, and that I can actually chase them.

Do you have any other projects coming up?

I do, I just don’t really like to talk about it. It’s just one of those things where I feel everyday is different, and you never know what’s going to happen, and so I don’t want to hold on to anything in case it changes.

HEADER PHOTO COURTESY OF A24