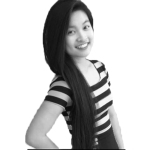 America, the land of opportunity, was once among the top of education – thirty years later, the nation is now ranked near the bottom. In 2010, America ranked 35th out of the top 40 countries in math and 29th out of 40 in science. One of the factors contributing to this significant decline is the traditional grading system. In all my years of receiving education, and even today as a freshman in college, I’ve experienced situations and have observed how grades affect not only me, but also others.

I recall an incident that occurred during one of my high school science classes. It was the first exam of the class. Before it was passed out, my teacher asked my class if they were ready to take it. As usual, my class replied altogether with a uniform, zombie-like groan.

Several intense, rapid heartbeats later, I finally received my exam, only to find out that what I studied hard for was extraneous. The questions that I saw were worded in a completely different manner compared to the problems that my classmates and I executed in preparation for the exam. I was upset over the fact that even though I fully comprehended the material that was taught within the class, I was as hopeless as a student that didn’t study at all. The layout of the exam hindered my capability to show my understanding of the subject.

Upset and disheartened, I looked around and learned that I wasn’t the only one. Almost all of my classmates seemed frustrated and also struggled to apply their knowledge to these confusingly worded problems. Although that exam didn’t truly reflect my comprehension of the course, it still affected my overall grade in the class.

By looking at an individual’s grade, one cannot make an accurate judgment on that student’s progress or understanding throughout that year; instead, that student faces the reality that their hard work for that class will be labeled as a single letter grade. The student is forced to agree with the idea that his or her hard work is solely defined between the borders of an “A+” to an “F“. On top of this, students are faced with the challenge of impressing colleges based on these grades. Although letter grades allow teachers to easily assess their students, the daunting task of receiving good grades under this structure prevents many students from becoming critical thinking individuals.

Rather than comprehending the material given within their course, many students become so focused on receiving a satisfying grade that they memorize the information they think their teacher will test them on. According to The Nation, the main reason why American students test poorly is because the Program for International Student Assessment (PISA) demands “more advanced analysis than do most US tests.” As one can see, the method of studying solely to receive good grades puts American students at a disadvantage, where memorization cannot meet the same standards as problem solving.

Overall, grades within this system cannot accurately define a person’s intelligence. Rather than assessing the students’ learning comprehension under the same grading system, each student should be evaluated as an individual – based on a more standard-based grading system. This type of system provides an environment to students where they are graded on their progress and knowledge throughout their courses, not by how well they scored throughout it. As a result students will be given a more accurate measure of their comprehension on the presented material. Only until then, will education in America truly thrive and flourish.