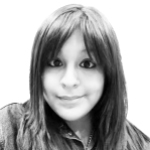 On Sunday, April 12, 2015 Hillary Clinton announced her official 2016 presidential bid. Within 24 hours of her announcement, #WhyImNotVotingForHillary was trending on Twitter. Some of the tweets dealt with the Benghazi murders, missing emails, and her experience, but the vast majority dealt with criticisms of her gender, weight, age, husband, and wealth.

The 19-year-old student who started the hashtag, Markeece Young, stated that “She [Clinton] embodies everything that I believe is wrong with the political process and politicians: a lack of transparency, being secretive, and her sense of entitlement.” Critics of Clinton’s presidential campaign echo Young’s beliefs, and think that Clinton is manipulative and too scandalous to be the president. However, being manipulative is not necessarily a bad thing, particularly in the field of politics.

Politicians have to connive and manipulate their way into positive public opinion by hiring campaign managers, lobbying for funding, and using their connections. The fact that Clinton is secretive and guarded is the sign of a well-trained and well-prepared politician. The voting public doesn’t want to know they are being tricked into voting for someone, and hiding campaign plans is a way to create trust in the public, even when you’re not being entirely honest.

Rand Paul, another presidential hopeful, also attacked Clinton the day after she announced her presidential bid with a commercial launching exclusively in early voting states. The commercial stated that “Hillary Clinton represents the worst of the Washington machine. The arrogance of power, corruption and coverup, conflicts of interest and failed leadership with tragic consequences.”

Paul accuses Clinton of being part of the same machine he, his father Ron Paul, and every other politician belong to. Paul, also like Clinton, is coming out with scandals ranging from plagiarism to hidden payoffs to fund his campaign. He should be worrying about his own faltering campaign and what he will promise the public instead of attacking Clinton’s campaign.

As for Clinton’s scandals, most of them relate to the idea that she hides things from her past. For example, Clinton was accused of hiding the knowledge of her husband Bill Clinton’s affair with a then 22-year-old Monica Lewinsky when a reporter found out that her assistant had fired Lewinsky. Many of Clinton’s “scandals” have been related to her husband, who infamously cheated on Hillary with Lewinsky, a White House aide, and was almost impeached for doing so.

The only real controversies Hillary Clinton has had in an almost 50-year career were the Benghazi attack and the most recent email scandals. The Benghazi attack occurred in 2012, during Clinton’s tenure as secretary of state, when a United States diplomatic mission was attacked by gunmen and four Americans died. Her recent email scandal stemmed from records of thousands of emails being deleted from her private server, these emails included information from her job as secretary of state as well as personal emails because Clinton used the same phone and network for both her job and personal life. This created suspicions that Clinton wanted to hide something by not using the open network used by other White House workers.

While Hillary Clinton’s scandals are often criticized, her marriage is quite possibly the biggest source of criticism. People believe that Clinton is where she is today due to her marriage. While Clinton may be a former first lady, she was involved in politics before she married. Are we going to say that her decision to become a political science major at Wellesley College was influenced by her politician husband, when she had not yet met him? The truth of the matter is that Clinton has wanted to be a politician for the majority of her life, and she’s good at it.

Clinton is currently the only democratic candidate. Out of all the current people bidding for president (Rand Paul, Ted Cruz, Jeb Bush, Marco Rubio, and Clinton) she is easily the most prepared, with over forty years of political and legal experience. Clinton has been active in politics since the late 1960s; she has worked as a political campaign volunteer, lawyer, an incredibly politically active first lady (she tried to pass a comprehensive health care bill,) a senator, and most recently as secretary of state.

I find it acceptable for people to critique Clinton’s political ideology and campaign strategies, but it repulses me that in 2015 we are still judging a presidential candidate on their gender, age, and weight. Clinton is a 67-year-old woman, what do her looks have to do with her political ideology and policies? Why doesn’t the opposition critique Clinton on her political policy or real controversies, instead of focusing on superficial and irrelevant details?

There is still a ways to go until the 2016 presidential elections. Hillary Clinton is wisely planning every step of her campaign and started by hiring President Obama’s campaign managers. Obama’s campaign was one of the best in years because it targeted the grassroots movement and common people. If Clinton can appeal to common people, the way Obama did in 2008 and 2012, the presidency is set for her. Her campaign is already actively trying to do this by humanizing Clinton, and portraying her as more than a politician, while focusing on her roles as an activist and as a mother.

If Hillary Clinton were to win the presidency, I, and possibly other feminists, would be elated. Clinton was “leaning in” and supporting feminism before Beyoncé and Sheryl Sandberg made it popular and accessible for everyone. While male politicians were attacking her ambition and creating scandals, Clinton climbed her way up to the top of the political ladder. The last two years have been so instrumental for the feminist movement, why not finish the decade by electing a highly prepared and qualified member of the political machine to be the first woman president?