April 24, 2015 marked 100 years since the Armenian Genocide happened in which about 1.5 million Armenians (as well as Assyrians and Ottoman Greeks) were killed by the Ottoman Turks. To this day the United States and the United Kingdom fail to recognize the genocide in order to please their ally Turkey, who refuses to label what happened as a genocide. What kind of message is the US government sending when it emphasizes politics over justice?

“I think it is really unfortunate that the United States government is placing political standing and maintaining political power over justice. Justice is a very broad term but what I mean by it is that the least the federal government of the United States could do is acknowledge the atrocities that happened to the Armenian people over a hundred years ago. The fact that the U.S. finds it more important to maintain their relations with Turkey than recognize the unjustified deaths of over a million Armenians speaks volumes about the priorities of our government.” 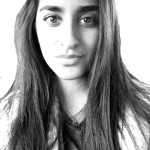 “It’s a clear example that justice isn’t an actual factor of the U.S government, politics overrides justice in this nation and this is just one example. There is ample, explicit evidence of the Armenian genocide occurring so there is no doubt that it happened. However the U.S chooses politics over justice so the U.S obviously doesn’t care about justice or only claims justice when it serves their own politi1cal goals. Let’s look at other genocides like the Rwandan genocide when they didn’t even bother to interfere to help because there was no benefit from it. However, they intervene in Iraq and Afghanistan over the name of justice. They don’t intervene in Palestine even though people are suffering there from injustice because they are allied with Israel. It’s all politics so if someone wants to say it’s not well just look at instances other than the Armenian genocide. Or does justice imply picking and choosing where to apply.” 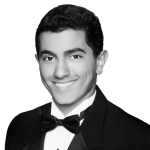 “The United States, at least to me personally, has always become involved in other countries’ situations for malicious reasons. We are called the world police, yet for some reason countries across the world despise us and I believe the main reason is because we choose to become involved in other countries’ affairs only if we benefit in some way from doing so. The same concept goes for what the media emphasizes in its broadcasting. The main goal is to ensure that it maximizes its viewers, so instead of talking about the importance and raising awareness of the Armenian genocide for example, they choose to mainly talk about superficial topics that will either spur emotion into its viewers or entertain them. I do not know if the root of the problem is American citizens being numb to the world surrounding them, or the media that has made them numb. All I do know is that for some reason we, as a whole, prefer to gauge our attention to unimportant issues in the grand scale, rather than seek knowledge about what is occurring in the world around us.

“To quote Thomas Jefferson, “Equal and exact justice to all men…[this principle] forms the bright constellation which has gone before us.” Justice, the core of the Declaration of Independence, is centered at the heart of the American precept has been deceived and conquered by the greed of man, his monstrous hunger of power, and the filthiness of politics. A century has passed since the horrific genocide of the Armenian people by the Ottoman Turks. Still, the American government is yet to acknowledge the genocide, putting its relations with the Turkish government ahead of its own principles. By doing so, America has betrayed its founding fathers and the values upon which it existed.”